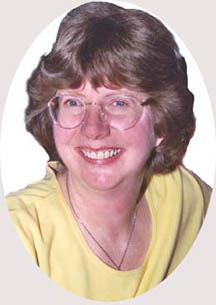 Pat took her first computer class in 1990 (DOS101), which did nothing to achieve her goal of creating flyers for the branch library in Chicago for which she served as manager. She persisted in educating herself on an old Apple in a local library and took a few computer and graphics classes at Wright College. In 1993, she bought her first computer with Windows 3.1 and managed to get online shortly via the first Prodigy portal, "trudging the Internet Superhighway" with just a 300 baud modem.

Throughout the 90's, Pat sought out both computer and graphics-related classes and was a founding member of both a local PC user group and the Pixel Image Camera Club. She taught free classes to adults on basic computing and a "hands-on Internet" class in the library. She retired after 31 years at the library and immediately purchased a laptop and had it wired for cable internet service.

Her husband, Walter, sparked her interest in photography when he signed them both up for membership in Wright Camera Club and P.S.A. in the early 90's and became active in Chicago Area Camera Clubs Association (C.A.C.C.A.). Both served as competition judges at local clubs.

Both Pat and Walter are members of Photographic Society of America and attend weeklong Conferences in various parts of the country.

Pat has been a member of National Association of Photoshop Professionals (N.A.P.P.)from the start. She won her club's competition for "Best Large Color Print of the Year for 2001-2002" and finished in 1st place in its "Large Color Print" category for 2003-2004.

Since moving to the Nashville area of Tennessee in 2011, Pat joined the local Lake Providence Photo Club and Wilson County Photography Guild. She has received many "Best of Show" and first place awards for entries in various recent competitions, including Tennessee State Fair, Wilson County Fair (where, in 2014, she took 5 first prizes and best of show), Wilson Bank & Trust Oktoberfest, and Eye on the Arts.