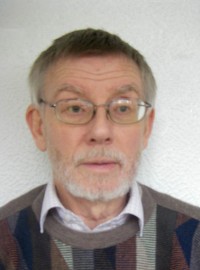 Living in the UK, I am retired after 29 primary school teaching and 8 years working part time for a major photographic retailer. My main interest other than photography is travelling and I undertake 3 or 4 trips each year often to Africa and the Far East plus visits to other parts of the UK and Europe.

My interest in photography started at the age of about 11 with developing and printing black and white photos, and I carried on, on and off for many years and in the 70’s started using slide film. I became involved in club photography in 1985, when I joined the North Cheshire Photographic Society, producing monochrome and slide work to start with and then later doing my own colour printing.

More recently I became involved in the Royal Photographic Society and am currently the North West Regional Secretary. I was actively involved with the Lancashire and Cheshire Photographic Union - the umbrella organization for photographic clubs in the region; for a number of years. I organized the folios of prints circulated around the clubs and introduced the digitalization of them. This has led on to making digital copies the over 7000 images (prints, slides and lantern slides) that are held in their archive. This work for the LCPU has been recognized by being placed on their Roll of Honour (Hon LCPU)

From the early 1980’s, I used Pentax equipment, but have now converted into using Fuji equipment .
I first started with digital in 1996 using PhotoDelux and currently use CC and Lightroom on Macs, outputting to Epson R3880 and Canon 8750 printers.

I achieved by LRPS in 1998 with a panel of digital prints and the award of CPAGB in 1999 with a selection of traditional mono and colour prints. I had been regularly entering National and International Exhibitions in the UK for many years until 2011 when I started entering internationally. I currently have a BPE3* award (over 100 acceptances) for the British Photographic Exhibitions Circuit. In 2013 I achieved my AFIAP and I have recently received my EFIAP award (over 250 acceptances of which at least 10% must be prints, in over 20 different countries).