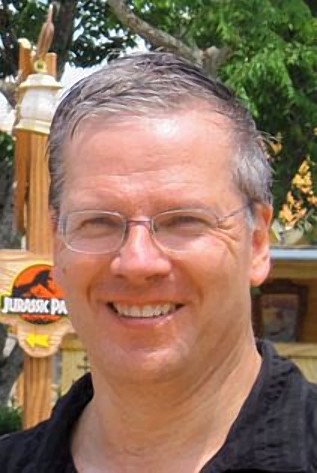 The appeal of photography has been with me since my teens (so long ago now!) when I bought for first camera, a Praktica LTL3. I progressed through various Minolta cameras both film and digital. I now use a Sony Alpha 58 DSLR as my 'grown up' camera. I carry either an old Panasonic Lumix TZ10 or a new Canon SX620 for 'snappy' photo trips. The Lumix is being used more lately, as I am not that keen on the Canon.

I was a member of a local club until 5 years ago but decided to stop when I realised that they did not satisfy my view of photography. They were more interested in just the biscuit tin landscapres and portriats, all of which were heavily manipulated. I have been a member of UPP (United Photographic Postfolios - www.uppofgb.com) which was ran an online division similar to a PSA Study Group. However, I am now a member of a creative photography organisation based in Bristol (UK) called Second Look (www.secondlook.org.uk) as well as two Groups in the PSA.

My interest is mainly abstracts/patterns/minimalism but I try to look for things that appeal to me personally. Always look upwards as well as down bcause there's always so much see that is not at eye level. Who wants to only see what other people see? I have taken a picture a day since 1st January 2015. That was my 3rd or 4th attmpt. Previously, I had always been wanting to take 'good' pictures but that's really not possible when you work a 9-5 day and have to commute etc. Then, during Christmas of 2014, my wife said to change the emphasis the next year to 'Capturing 2015'. The idea was that there may not always be a brilliant photo but it would mean that I was always thinking and looking. So, if some days it got to 10pm and I realised I had not done anything then a snap from around the house or a snap of the DVD box for the film I was watching, wold be enough. It was just to stop being too precious about every image. The other change was to do it entirely using my mobile phone. It was the Samsung Note 4 when I started and I'm now on the Samsung S8.

That's the other big thing abouyt me and the proper photographers here may wish to switch off... I'm not into the all the numbers of photography, F5.6, 1/125, ISO 800 etc. My main thing is being able to see and capture the image that I want in the camera with the minimum of cropping required. That's why I get on with the mobile phone so well. I can 'do' the basic numbers stuff with the DSLR if I need to capture something but I won't get bogged down with them.

So, finally, I have my LRPS (Licentiateship of the Royal Photographic Society) and I hope to try for my ARPS (Associateship) when I retire at the end of the year, and have more time to myself.