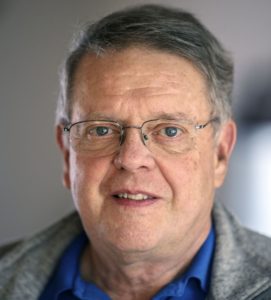 Oliver ("Pete") lives in a suburb of Washington D.C. Although he does not recall when he first became fascinated with photography, he does remember his first camera and the experiences he enjoyed with it very fondly. Oliver was in 9th grade and was living in Taiwan. He was an army brat. He recalls that his best friend at the time was a young man named Chen Lung. Chen spoke very little English and Oliver spoke about the same amount of Mandarin. Carrying English/Mandarin dictionaries with them became their best way of communicating. But, this did not deter their friendship. Chen was eager to share the beauty of his country and wanted Oliver to experience it all. Oliver would capture all that he saw with his camera and still treasures the memories of their trips together through the mountains and into the cities of Taiwan.

Since his father was in the army, Oliver's family moved a great deal during his childhood. He got to experience life in Japan, Germany and Taiwan as well as numerous locations in the USA.

Oliver's advanced education was in physics and he worked at the National Institutes of Health (NIH) for 48 years dealing with computing technologies and NIH medical research grants. Now that he has mostly retired he is able to devote much more time to photography.

Every aspect of photography fascinates Oliver. Today, with his Canon 5D Mark IV in hand, he shoots anything that triggers an emotional response in him. That ranges from candid portraits to beautiful landscapes and a variety of other subjects. To Oliver a key goal of his photographs is to instill the same feelings in the viewer that he had when he initially captured an image.

Oliver has been using Photoshop for a long time and on two occasions has been sponsored to travel to England to teach it. However, he feels there is a lot more he can learn about this full featured (and evolving) processing product. He is especially interested in learning how to enhance the feelings created by his pictures.